He has been a contractor and also the Mahant of Gurdwara Baba Ajaipal Singh Nabha. He followed the path of his scholar father and worked on some useful reference works on Dasum Granth.

He was honoured by Punjab Government for his scholarly pursuits (1968). 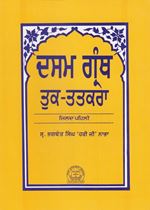