Jaswant Singh Neki (27.08.1925-11.09.2015) a mystic Punjabi poet, a Sikh Theologian and a Psychiatrist was born to Sita Vanti and Hari Gulab Singh in village Mureed, district Jehlum, Pakistan. He was married to Kanwarjeet.

He did M.B.B.S. from Government Medical College Amritsar (1949) and DBM from All India Institute of Mental Health, Banglore and Mysore University, in 1958 with double distinction and set up a new record. Thus he became a qualified psychiatrist.

His sublime poetic experience got inspiration from Gurbani. His poetic expression also had impact of Gurbani as he uses the Gurbani vocabulary profusely in his lyrical poetry. He also firstever attempted to write long metaphysical poems in Punjabi which gave the philosophical interpretation of the basic questions of life. His works on Sikh Concepts and Metaphysical show his profound scholarship. He also translated some Gurbani texts into English. His work on sub-concious mind is also unique in it's own way.

He got Sahitya Akademi Award (1979) for his long poem 'Karuna de Chhoh ton Magron'. Shiromani Punjabi Sahitkar Award (1986) was given to him by Language Department. Punjabi Akademi, Delhi also awarded Sarvotam Sahitkar Award (2009). He was awarded  by many literary and religious organisations. He also served as Honorary General Secretary of Bhai Vir Singh Sahitya Sadan, New Delhi. Guru Nanak Dev University, Amritsar conferred on him Ph.D honoris causa for his contribution to literature.

Basking In The Divine Presence

Guru Granth Sahib And Its Cont... 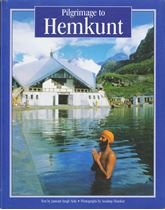 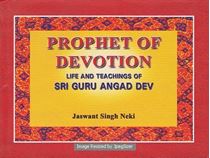 Prophet Of Devotion: Life And ... 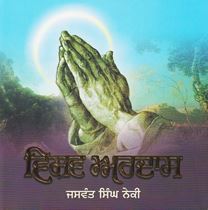